Lessons Learned in Middle School For Your Children 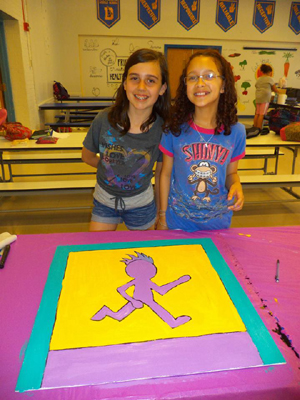 A writer for Dallasnews.com offered her take on her son's sixth grade year in "Surviving sixth grade teaches life lessons." The life lessons she refers to are not just things her son learned but things she also learned as his parent. As providers of an after school program for middle school, we give plenty of instruction but that doesn't mean we don't learn things too.

While the writer mentions her son's forgetfulness, she also outlines some of the things he has taught her:

The writer watched her son fearlessly take on new adventures like riding the school bus and going to new places. She marvels that he went to a new youth group and was not worried that he wouldn't know anyone.

He also spent the year learning how to play an instrument and went from knowing nothing to being able to assemble a clarinet and play a few tunes.

Because middle school is more academically rigorous, the writer's son decided he needed to cut back on an extracurricular activity he has enjoyed since the first grade. This also left him time to try new things.

"Stand up for yourself" and "Forgive"

After being tolerant of a friend's annoying behavior for a good while, the sixth grader "called his buddy out on his behavior and then moved to a different lunch table — a big gesture in the middle school world."

He also made room for a former bully, telling his mother that the boy who had been unkind all through fifth grade had changed and it is necessary to forgive.