Disciplining Kids: Common Mistakes & How to Avoid Them

The Cleveland Clinic calls discipline a “key parenting skill” and offers five tips on how to master this skill. The first is to NOT view discipline as punishment. The first is “far more effective” than the second, but it does require more work. Disciplining kids, the article shares, involves teaching self-control and restraint whereas punishment is a “direct, pointed penalty or loss of privilege that serves as retribution.” 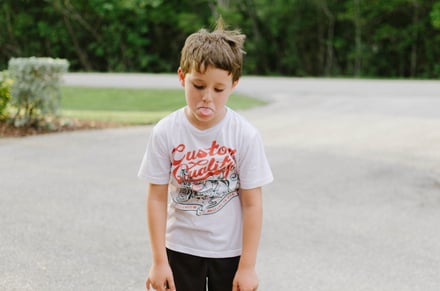 So, to avoid making mistakes, it’s crucial to first get into the mindset that you’re ready to master the art of discipline, not of punishment. Additional mistakes to avoid, the Cleveland Clinic shares, include avoiding threats. By simply warning your child that he or she had “better be good” is too vague and doesn’t teach your child what you expect. Threats also lead to parents reacting emotionally, including in anger. Also avoid being a buddy. Your children need a parent who can teach them, set limits and instill confidence as they grow and “learn to navigate through life.”

Disciplining Kids: Mastering the Art of the Time-Out

The time-out is a form of disciplining kids developed in the 1960s, in an era when “teachers and principals routinely smacked children with rulers, and parents spanked or whipped their kids with switches.” As decades of research continue to show that physical punishment can lead to negative results, including aggression as the child ages, along with anxiety and/or depression – and even substance abuse – more humane alternatives are recommended. But, some parents have found that time-outs aren’t effective. If you’re one of them, Parents.comshares time-out mistakes often made that reduce the effectiveness of this disciplinary method.

Mistakes include using time-outs too often, parents giving their children attention during the time-out periods, and thinking that the purpose is to give children time to think about what they did wrong. Instead, it’s intended as a mild consequence, a strategy to help prevent the situation from escalating. To quote a Parents advisor, “In the history of the universe,” no child has ever sat in his or her room and thought about what he or she did wrong. Instead, “They’re thinking about their parents’ meanness. The learning starts after the time-out, when you can say, ‘Okay, let’s try again.’”

The article offers plenty more insights into time-outs as a form of discipline, and so it’s worth reading it all.

Parenting.com shares the stories of mistakes made by well-intentioned parents, along with expert advice on how to handle similar situations better in the future. One strategy to avoid when disciplining kids is that of telling a “Big Ole Lie.” One mom revealed how her two-year-old daughter fought with her every Monday when it became time to go to the babysitter’s house. In frustration, she finally told her daughter that the house next door was really a daycare center, one run by the caveman starring in Geico commercials – and her daughter needed to make a choice: the babysitter’s house or the caveman daycare.

It worked, at least temporarily, but her daughter was now terrified of daycare centers, which will become a big problem if she ever needs to attend one. Expert advice shared in the article focused on using empathy, instead, with Mom telling her daughter that she understands the feeling, revealing that sometimes she doesn’t feel like going to work.

You can find plenty more advice on disciplining kids in the Parenting.com article, as well as in Care.com, and we’ll end with this important mistake to rectify, if you find yourself falling into the pattern: not praising good behavior. Praise is powerful, so let your child know when you’re pleased with good behavior. This “makes all your parenting strategies,” a doctor shares in Care.com, “more effective and potent.”