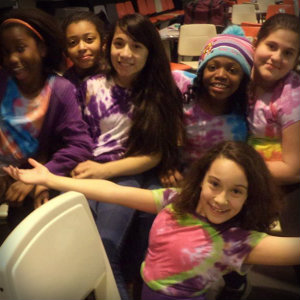 According to one news article, an Ohio daycare center is coming under fire because of an incident involving two fighting toddlers. The fight was captured on video by the adults who were supposed to be in charge of them, and according to footage from the camera in the classroom, no effort was made to stop the confrontation.

A well respected day care center, located in Columbus, Ohio, is being criticized by many parents, and they accused of running a type of "Toddler Fight Club." You can imagine this incident has many parents angry and concerned for the safety of their children.

Here at Horizon Education Centers, we felt that it was necessary to discuss these allegations, and we want to inform parents of our policies regarding disagreements among the children in our care.

First of all, it is important to acknowledge that children will get into arguments. When they are young, they aren't able to come to resolutions on their own, so it's necessary for a staff member to step in and help the situation. Quite often, all that's necessary is for one of the children to be distracted by an alternate activity. Occasionally, injuries do occur, such as one child pulling another child's hair. In those cases, parents are notified, and the children are separated appropriately.

Finding a quality daycare center is difficult, and it's important for you as a parent to know you're entrusting the care of your children to a facility you can trust. If you would like more information about the various childcare programs that are available here at Horizon Education Centers in Cleveland, Lorain, or in the surrounding areas, please contact us today.