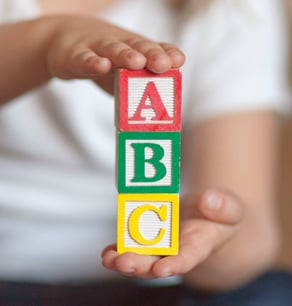 Do you want to help your preschooler learn the alphabet but singing the Alphabet Song is getting old? Fortunately, there are more fun ways to learn the alphabet than ever before, thanks to free Internet-based games that can supplement more traditional ones.

Here are a couple of games that need a computer—and some that don’t. Note that we recommend that you include technology-free games in the mix.

PBS offers a computer-based paint-by-letter game that offers easy, medium and hard levels. After your child chooses a picture to paint and a level, he or she clicks on the paint palette that assigns letters to each color. If, for example, your child clicks on the letter “E,” the next step is to click on the portions of the picture that are labelled with an “E.” Your child will hear the name of the letter that he or she clicks on, plus receive praise when correct and encouragement when a match isn’t right. There is also a help button and you can print out the completed picture.

If you have a budding photographer at home, let him or her “explore an awesome outer space scene” and hunt down capital letters. Your child will receive instructions from a friendly voice, directing him or her to use Officer Ice Cream’s X-ray camera icon to snap a picture of a particular letter.

For this game, you’ll need some round stickers that people often use to price rummage sale items, plus a Sharpie marker—and, of course, Hershey’s Kisses. You simply put a sticker on the bottom of each chocolate kiss—say, 16 of them. Then, choose eight letters of the alphabet and put each one on the bottom of two kisses. Lay the kisses out in a grid pattern and then invite your child to play a game of Memory. He or she chooses two kisses. A match of letters on the bottom? Great! Keep those kisses out of the game. Not a match? Put them back and try again until all of the kisses are matched up.

Does your preschooler need to burn off some energy? Practice gross motor skills? Then the outdoor alphabet track is ideal, now that weather is warming up. Use sidewalk chalk to create the alphabet in a pattern on a place that’s safe for your child to play in. Then have him or her ride a bike or walk in alphabetical order, perhaps while also singing the Alphabet Song (this version has a rhythmic beat rather than a distinct melody).

Collect some alphabet books and, after you read them to your child, ask him or her to look at the pictures used to represent the various letters of the alphabet. Ask your child to choose some favorites and create his or her own alphabet pictures, perhaps with an apple next to the letters A and a, a bird next to the letters B and b, and so forth.

It’s hard to believe, but true: Summer is just around the corner. We’d love to talk to you about your summer camp needs, so be sure to visit Horizon Education Centers!