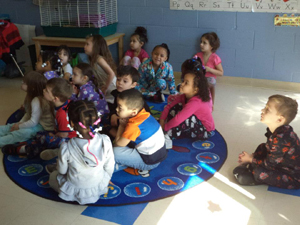 The Center for Child Health, Behavior and Development at Seattle Children’s Research Institute studied families that “agreed to go on a media “diet” and swap programming with more aggressive and violent content for educational, prosocial shows that encourage sharing, kindness and respect" along with families that made no change to their children's viewing habits.

Six months later, researchers found that the children whose parents received guidance on prosocial programming where more likely to share, cooperate, and be respectful than the children who had continued to watch programs that showed more aggressive behavior. Overall they did not see a decrease in the amount of television children watched but researchers were able to persuade some parents to choose better programming for their children.

The experts found positive results when they changed their view on children and television much in the way parents have to modify their expectations for their children.