Helping Your Child Sleep Through the Night 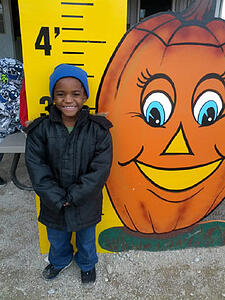 While parents treasure sleep, many children are not convinced that sleep is a necessity. In addition to establishing bedtime rituals, parents have to also make sure that habits that are a part of a child's daytime routine do not sabotage their efforts to make sure their child gets enough sleep. Children may not want to sleep so you need to see to it that they are at least physically ready to sleep at bedtime.

WebMD listed some of the things that can interfere and offers sleep tips:

You probably wouldn't had a small child a cup of coffee, but you may not realize that caffeine is hidden in a number of foods, drinks (bottled tea, chocolate, protein bars) and medicines (Anacin, Dristan): "Even just one caffeinated drink a day robs children of half an hour of sleep each night…."

WebMD notes, "…sneaky sleep-stealers include respiratory problems such as asthma and allergies, as well as restless legs syndrome (a neurological disorder characterized by an uncontrollable urge to move your legs when they're at rest) and narcolepsy…" If you notice that your child "snores heavily off and on" or has difficulty sleeping, you may want to seek medical attention. They add that the increase in childhood obesity has lead to more children being diagnosed with sleep apnea.

If your child wakes up because of nightmares and has difficulty returning to sleep, WebMD recommends doing your best to comfort the child so he or she can get rest. You can then try to help your child draw pictures or talk about what is going on the next day.

In contrast, when a child has night terrors ("screams, moans, or thrashes wildly in the middle of the night, and is glassy-eyed and unresponsive when you try to console him"), it is best to not mention it because your child is not likely top remember this the next day. Potty training and being exhausted can lead to night terrors so you can remedy this by making changes to your potty training routine, extending nap time, or letting your child sleep later.